Home
Race Matters
Does My Blackness Make You Uncomfortable?

And now we can’t even hang around ATMs without being suspected of armed robbery.

Here’s a story about an 18-year-old and his friends who were chased and handcuffed by police near a bank in Washington, DC.

According to Jason Goolsby, the person who was arrested, he and his friends were standing outside a Citibank when a police car suddenly pulled up towards them. Jason said that car nearly hit him. He took off running. The police officers gave chase, got him on the ground and handcuffed him. His friend, recorded the incident.

READ ALSO:  Dreaming Of Rape: Man To Be Freed After 28 Years After Real Rapist Confesses

So why was Jason arrested?

Apparently, someone had made an anonymous 911 call to the police to complain about him and friends standing near the ATM. The caller said she thought they may have been targeting ATM users because they were wearing backpacks and described them as having ‘flat-top bush hairstyles”.

The men were later released by police.

Is this really what it has come to? Harassed by police and handcuffed for being black and looking “suspicious”? Of course, some may read this story and ask why did they run when the police pulled up. Running made him look suspicious.

But on the other hand, why didn’t the police pull up calmly and question him? Why did the police come in aggressively?

Go ask Tamir Race and come back to me about standing still when a police car pulls up aggressively. Oh yeah, you can’t ask him because the police shot him to death.

There’s a reason that the #BlackLiveMatter movement keeps getting louder. Incidents like this keep happening across the US.

Maybe one day, it might happen to me. Maybe I need to change the color of my skin so I stop scaring these white people in my day to day activities.

Check out the video below! 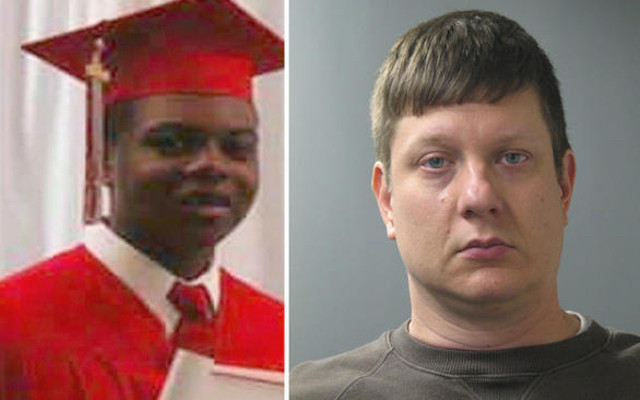