After failing to appear in the 2012 Bourne spinoff-The Bourne Legacy, Matt Damon has returned to the Bourne franchise to keep the Bourne cinematic legacy going, as the infamous rogue CIA agent whose existence is regarded as a threat to the agency’s top chief and its whole global covert operations.

We were introduced to Jason Bourne, in The Bourne Identity (2002) and saw his pack of special “assassin” skills in The Bourne Supremacy (2004), followed by The Bourne Ultimatum (2007) and now this name titled film-Jason Bourne somewhat introduces us to the emotional compass of Bourne.

The question the film leaves you with is; would Jason Bourne return to the agency as a patriot—-after the movie exploits his commitment to the safety of his country and also his inherent patriotism.

The film opens with Jason Bourne laying low, far from the radar and preying eyes of the agency, living somewhere in Greece and making a living out of street fights. It isn’t a child-play yet Jason is seen ferociously kicking tough Serbs to the ground as if they were amateur.

Soon, his longtime associate from the agency and quasi-romantic interest-Nicky Parsons ( played by Julia Stiles) appears in a crowd watching one of his brutal fights. But she isn’t there for the fight—-she has successfully hacked the CIA and downloaded several murky classified files, including the infamous Operation Treadstone.

Parsons wants Bourne to know certain shocking revelations about his own father and beyond that adopt the Snowden approach by uploading the classified files which detail the global dark activities of the agency online.

With the agency having been aware of Parsons’ security breach, logistics are successfully pulled in to trace her down, leading them to Jason Bourne—-the long disappeared rogue agent.

Interestingly, a new seemingly level-headed female agent-Heather Lee ( played by Alicia Vikander) successfully persuades Robert Dewey to allow her to bring Bourne in, as he could become a great asset to the agency once again. Though Dewey grants Lee her wish, he had a lot more to worry about which Lee doesn’t know—-and so he keeps his termination order to be excited by Cassel in place.

That sets forth Bourne’s usual run and as always, running to a specific target to find answers.

From one city to another, the brutal fights between Jason Bourne and the different pockets of CIA agents called in to “finish” him define the strength of the film.

Unprepared Bourne had to mostly improvise but with his special set of skills, rage and unexpected yet strategic assistance from within the agency, the threats couldn’t hold back his avidity to finding answers about how it all began, the level of involvement and subsequent death of his father.

The film comes to a catastrophic climax in Vegas, where a Mark Zuckerberg-style genius in charge of a global social media platform-Deep Dream and of interest to the agency because of the huge data his company houses, was to hold a debate with CIA director-Robert Dewey, centred around personal privacy and national security.

In a final weaponless fight, Bourne makes a good use of his enhanced fist-fighting skills but that was after a dragged-on chaotic car chase in Vegas, with unimaginable collateral damage.

It’s a Bourne film and so just like him, the agency has well-trained assassins which makes a face-off with him always brutal and entertaining.

Jason Bourne succeeds in finding out a terrible truth about the death of his father in the late 90s—-on the way to which he kills those behind what he had until now considered as a tragedy, caused by enemies of United States.

Now that the agency seems a little refined and with Bourne’s unflinching sense of patriotism, the plausible key question becomes; would Bourne return to the agency to serve as CIA’s version of James Bond, especially with Lee gunning for the top job? 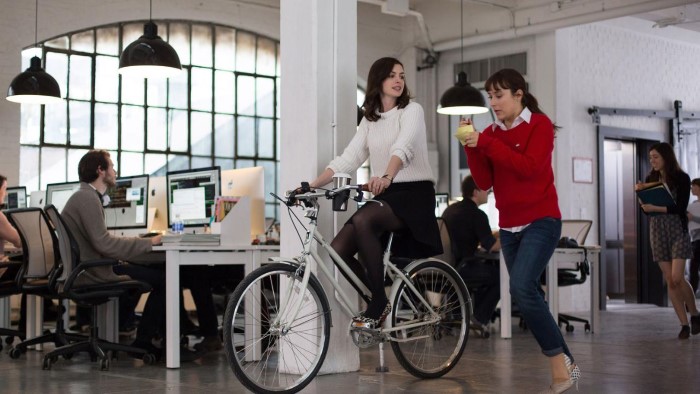