Bring up the issue of homosexuality and the average Ghanaian is bound to wax ignorant rhetoric and expose their deep-rooted intolerance towards something they know little about and that doesn’t affect them in any way. Most Ghanaians believe homosexuals are the scum of the earth who do not deserve the same rights heterosexuals enjoy just because they are gay.

Most of this homophobia stems from religion, and most Ghanaians claim to be religious so they feel they are pleasing their God, who they claim is Love, by hating homosexuals and wishing death and hellfire on them. This unfortunate attitude makes them come across as “myopic”, according to the United States Ambassador to Ghana, Robert P. Jackson.

In an interview with Kyenkyenhene Boateng of Ghanaweb, Mr. Jackson said the attitude of Ghanaians towards the subject of homosexuality reflects their poor understanding of the sciences. When asked by Kyenkyenhene if he is of the opinion that it is myopic to oppose the basic human rights of homosexuals, the US Ambassador did not mince words when he answered,  “I do think it’s myopic. I think it reflects a lack of understanding of the sciences.”

READ ALSO:  White Weddings: to the Glory of God or Contempt of the African Culture?

In his opinion, Ghanaians are homophobic because they have not had the opportunity to study the subject and were likely to change their mindset when given the necessary information. “I think that many of those Ghanaians if they study the issue they might come to a different conclusion.”

The Ambassador disclosed that no matter how much Ghanaians opposed homosexuality and denounce it as foreign and evil, the fact remains that there are far more homosexuals in the country than they realize. “Statistics indicate that probably 10% of people are born gay. I think there are far more gays in Ghana than Ghanaians realize but because of societal attitudes, they keep their sexuality very private,” the U.S envoy said.

READ ALSO:  Man Spends the Night Hanging From A 7th Floor Window Because the Husband of A Woman He Was Cheating With Came Home Early 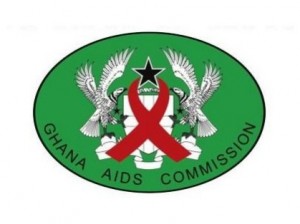