Home
Opinions
•
Religion
MUST READ: Why Everyone is An Atheist…Including You | Yet Most Do Not Know

Over the years, I’ve come across several attempts to explain what this growing ‘movement’ called atheism really means—and mostly, the explanations leave you confused on two folds.

First, many of the existing definitions seem to project atheism as a set of beliefs when in actual and rightful sense, atheism is simply a disbelief in theism. It’s therefore difficult as to how people reach the conclusion that atheists hold a belief when all they do is to reject a set of beliefs.

On no reasonable grounds can you argue that the absence of a belief in itself amounts to some sort of belief—that’s pretty ridiculous. In no other sphere of life is this charge levelled against people.

The second layer of perplexity, perhaps the more common one rests on the fact that most people, especially religious people somewhat believe that atheism is the disbelief in a God—this is true to some extent- but it doesn’t hold much water when people make it seem there’s only one God- like it is a binary choice between their God and unbelief.

There are over thousand Gods in the world; most have literally and metaphorically been annihilated by science, and the speed with which science kills these Gods mirrors the speed with which new ones are created, because of humanity’s obsession with the concept of a supreme being.

The popular Abrahamic Gods of today are just the latest trendy Gods in town and were very less popular centuries ago. Several other Gods and Goddesses like Zeus, Apollo, Artemis, Ares, Athena, Demeter, Hera, Hephaestus, Dionysus, Horus, Hermes and Ananke have ‘existed and been devotedly been worshipped.’

Importantly, those who believed in any of the Gods and Goddesses above were convinced beyond the ordinary and had no reason to doubt their existence at the time—and yet many people of today find the claims of their existence anywhere in the skies utterly frivolous.

In fact, most people believe Zeus and the other Gods do not exist, contrary to what our forefathers believed and held a strong conviction for. A belief they relied on for divine healing, for spiritual growth, for their prayers to be answered and to explain or make excuse for what they perceived as mysteries of the universe is today regarded as absolute false.

On this spectrum, is it possible that future generations would look back on the Yahweh’s and Allah’s of today and also view them as the Zeus’s of their time? It’s very much possible.

It’s not a debate that contemporary Christians are ‘atheists’ when it comes to Zeus, Artemis, Ares, Athena, Demeter, Hera, Hephaestus, Horus and the over thousand Gods and Goddesses other people believed or still believe to exist.

They are even atheists to other contemporary Gods like Allah and Buddha and whichever of the numerous Hindu Gods one puts on the table- that is to say they reject the existence of these Gods.

READ ALSO:  28 Foot Tall Statue Of Jesus Set To Be Erected In Imo State Nigeria- Where’s The Hope For The Future Amidst Such Mental Slavery?

In simple terms; let’s say there are 1000 invincible and undetectable Gods believed to be out there, including the Flying Spaghetti Monster God. A Christian or Muslim would reject all these Gods except one—his own God of the Abrahamic tradition. In this instance, the Christian or Muslim does not hold a belief in the other 999 Gods, making such a person an atheist to those Gods.

When it comes to ‘full’ atheists like us, instead of rejecting 999 Gods and maintaining a belief in one, we reject all—for the lack of evidence for all. There’s no special reason why about 999 Gods can be false and just the Christian, Hindu or Islam personal God would be true.

The chance of your God being true, if we grant that one of them must be true and that they all have an equal chance, in this example, is 1/1000 (even less in the ‘real world’). That’s a minuscule chance by any objective measure.

It is another flaw in the tapestry of religion that is often overlooked, the influence of geography on the religious belief you end up with. So if Christianity is true, just by being born into Saudi Arabia you forfeit eternal life (the reverse also holds true.)

It’s because of the absence of evidence and illogical premises like these that we primarily reject the other Gods, and therefore to accept that any other God exists or has come into being must be subjected to the same measure of scrutiny—reason and evidence. In that vein, the same scrutiny you apply to other Gods should be applied to your own God.

Now that I’ve fairly explained why everyone is somewhat an atheist unless you believe in every God that is said to exist, what does atheism really mean in the nutshell?

Of course, we know it’s not a set of beliefs: atheists do not hold any specific belief.

The definition that perfectly captures my position is from Christopher Hitchens—and that is; atheism is the statement that a certain proposition is not true and in this regard the existence of a God.

So under Hitchens’ definition, we can see why ‘everyone is an atheist, including you’. You do not believe in all the Gods that have ever existed, so in respect to the question of the existence of say, Zeus, you are an atheist. That is, you reject the proposition that Zeus ever existed and was a God.

Perhaps, we can be more specific and employ adjectives like ‘full and partial’ atheists where certain religious people who believe in some Gods and reject others would best be described as ‘partial atheists.’

And even that would not be entirely accurate since as our example shows, you reject 999 out of 1,000 Gods. Under no accurate measure can that be described as partial, you are one God less from being a full atheist. It’s just that one God consumes everything in your life.

Perhaps people do not think about this dilemma enough, but if religious people want to say we ought to believe in God through faith and not any of the reliable methods of ascertaining the veracity of things, such as the use of evidence or reason—then on what grounds do they reject the trueness and existence of the other Gods?

Faith, by definition, is the acceptance of things without evidence. Hebrews describes it as ‘the substance of things hoped for, the evidence of things not seen.’ However, if that is the case, how do you ascertain that other Gods are not true? Did you have faith in Allah or Shiva to check out if they actually work as well? As you see, when you enter the realm of faith, things just become a little too muddy.

It boils down to this- there is no objective measure of checking out the existence of a God, except what you yourself is hoping for. But the gamut of Gods run wider than your personal God, over 4,000 in fact, and with a vague criterion like faith- you are far more likely to be with the wrong God. Because when you believe things that cannot be proven, any wrong God can seem like the right one.

Faith is a terrible criterion to resolve how true anything is. Hebrews basically admit that it is the deepest form of wishful thinking. ‘The evidence of things not seen’- that’s basically saying finding no evidence for God is actually evidence of God.

But if we’re being honest we can apply that to every other God out there, bringing us back to the question of how you determine which the right one is? For most people it is enough to accept the ones they were born into, others migrate to other ones in search of some sort of truth- but all utilise faith when the surest means of getting at the truth is by critical thinking and logical reasoning.

Much like Pascal’s Wager, the question of one being an atheist is often considered by religious people through the lens of my God and unbelief. The truth is, a more accurate version is my God, all the other Gods, and unbelief. In that case, you believe in your God, you reject all other Gods, and you piss on unbelief. Fair enough, but it makes you as much of an atheist as the unbeliever.

You just need to drop that last God to say goodbye to being a theist, on the way to becoming a full a-theist. 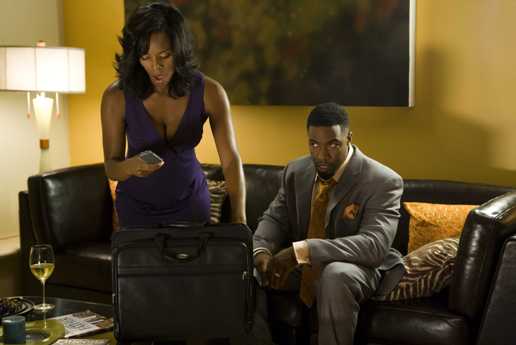