Home
Religion
A Short Video Perfectly Illustrating The Religious Paradigm Shift: When The African Preacher Get Shouted Down By The Irritated White Passengers

I imagine whatever happened on this bus is quite like when an ordinary person walks down to the sea shore after the fishermen have brought in the catch; and then tries to sell them some fish!

Ahh, it’s nothing like that; but I thought it was a funny analogy anyway.

One of the great mysteries (not really) in the world right now is how Africa has become the world’s most religious continent? And when I say religious I mean adopting the religion of others; such as the religions of the conquistadors who came onto the continent with the Bible (or the Quran) in one hand and the gun in the other.

They came and subdued us with their superior technology, but also with their talk of a God who was the one true deity. They shattered our identities, our cultures, and shaped it the way they wanted; and several decades after they left we continue to gladly tread down the path laid for us.

Matter of authenticity aside, it is a great quote encapsulating all that needs to be said about colonisation. And since most African countries gained independence, we strive to show everyone how intent we are on separating ourselves from the misery of past subjugation, we try to fight neo colonialism; but in the one area, that runs every aspects of our lives (religion), we continue to cling onto them like a drowning man to a plank.

We do not like to admit it, even to ourselves. I earlier described the fact of the persistence of the white man’s religion as not much of a mystery because Africans are credulous to a crazy extent. And we do not like having to give up our deeply held beliefs, and its Christianity or Islam at this point.

On a bus in London, an African preacher was trying to share the ‘word of God’ with the passengers. A man and a woman were not amused, and tried to get him to shut up so they can have their piece of mind.

The preacher tried to talk back for a while but realised the futility of it. Like the hypothetical layman in our opening scenario selling fish to fishermen; this is a guy hailing from the continent that were told of the fish at the shore, and is now turning around to be the chief fishmonger.

Being someone who suffers from the nuisance of public preachers myself, I could not help but chuckle a bit. And no one around attempted to dig their nose in where it does not belong; in Ghana you would not get a word out against the preacher when the entire bus would label you the devil.

A huge chunk of the world is moving towards secularism, or at least to the point where religion does not matter so much anymore; and this includes people in countries that fought to spread the gospel worldwide, including that former empire where this little exchange took place.

I don’t know how this short video inspired 500 words. Watch it below… 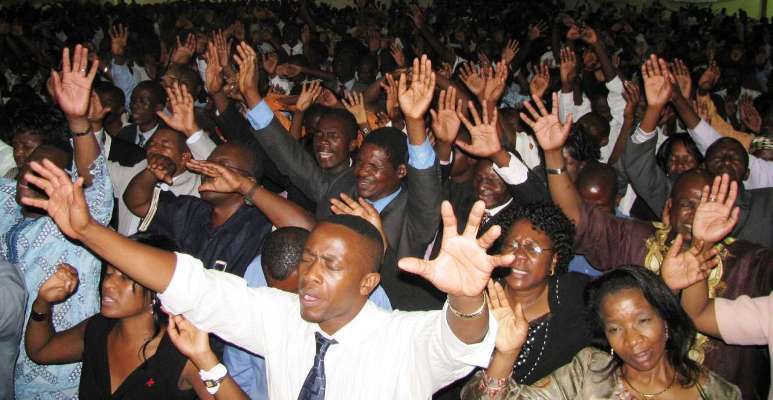