Despite ‘Joy’ being less comical to me when compared to ‘Spy’ and Jennifer Lawrence being no where close to Melissa McCarthy in the department of comedy in these two films, Lawrence, amazingly scooped the Golden Globes’ 2016 Best Actress for comedy with her performance in ‘Joy‘.

And she is even tipped for an Oscar nomination; that’s how confusing things get these days with films— but then, “it’s universally acknowledged that the Oscars hardly ever awards true comedy performances.”

Nevertheless, Jennifer Lawrence perfectly plays a strong lead in ‘Joy’, a half truth biopic of Joy Mangano, a revolutionary self-wringing mop inventor who enjoyed unimaginable success in the 90s—selling on the then popular QVC shopping channel.

‘Joy’ tells a story of a rise from grass to grace in the world of commerce but that was just for the outside world—the film takes us deep into the family setting of Joy, where chaos was the order of the day.

Joy Mangano (played by Jennifer Lawrence) was a single mother who had to forgo college to stay behind in a small town with her divorced mother- Carrie (played by Virginia Madsen) and father- Rudy (played Robert De Niro); helping both in different ways as one struggled to put his life back on the track and the other locks herself in bed, watching daytime Soap Opera.

READ ALSO:  Game Of Thrones Season 6 Episode 7 Review- The Calm Before The Storm

The life of Joy was hectic at the family level, more like the drama her bedbound mother was glued to: she had her divorced fruitless husband- Tony (played Edgar Ramirez) living in the basement of what had only become the family house because her father kept supporting with the mortgage payments.

It got more interesting for the viewer and less so but dramatic for Joy when his father had to move back to the same house—and share the basement with her ex-husband, when both couldn’t spend a minute in the same room without being on each other’s neck.

The composition of the family was enough to fully tell a perfect story of drama—and laced with the headaches of commerce, ‘Joy’ was almost at a breaking point.

First, it was her duty to support her struggling family financially that kept her awake but soon, she connected with her young creative and inventive tendencies—a trait only her grandmother- Mimi (played by Diane Ladd) remembered.

READ ALSO:  Celebrities All Around the World Are JUST Like You | The Leaked Naked Photos Somewhat Confirm This…

Beside the struggles of putting her new mop idea into something meaningful, Joy had to battle for investments and kick against the male corporate structures to be heard—and she had the problem of making sales to contend with, alongside the impeding schemes of her extensive dysfunctional family units.

Jennifer Lawrence’s performance was as usual outstanding and the film being a half truth biopic gave David Russell and his co-screenwriter-Annie Mumolo a lot of room to amplify the dramatic turn of things.

At one point, the film succeeds in sowing a seed of a-would-be strong directional determining tussle between Joy and QVC’s boss played by Bradley Cooper—somehow, this never really happened.

I thought an important business rule of picking a gun on a table to deal with a business adversary which was part of a test Joy had to pass before securing her first lump sump investment was going to shape the ending of the film when QVC’s Bradley Cooper became somewhat the adversary.

But it had a calm, seemingly rushed ending, nothing like what the beginning and the developments served. 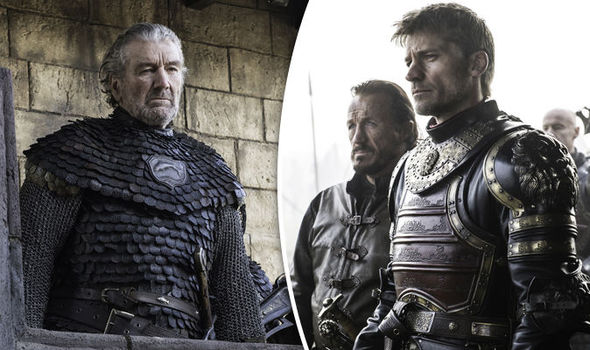