Ariana Huffington founded the Huffington Post these many years ago, an organisation she has built into one of the biggest and most progressive platforms the world has to offer.

Thus when Liz Heron, the site’s executive editor, decided to tweet a photo of an editorial board meeting, the photo was supposed to be a positive one of the site’s uber progressive bona fides, an affirmation of their willingness to go where other organisations fear to tread in their hiring practices.

But the response Heron got was likely far removed from what she ever expected. Her replies was inundated with tweets noticing that the staff had a diversity problem, for a site which talks a lot about lack of diversity in other organisations. So instead of getting praised as affirmative action warriors, they got slugged for a lack of African American women on the board, as well as claims that the lack of men was a sort of gender discrimination.

“Twitter blew up over the lack of black women in on the board. The picture was entirely made up of white women, with possibly one Asian and one Hispanic. There were 14 women in the picture altogether . Not one woman was African American”

Notice anything about this @HuffingtonPost editors meeting? ?????? pic.twitter.com/7sg4SyraPa

It’s an interesting issue to mull over. There’s no doubt that women suffer significant challenges in the workplace, some intended and some just as a consequence of the long history of men ruling the world and making the rules. Women face issues like s*xual harassment at a higher rate than men, as well as receiving less pay for the same amount of work, and the disruption to a career becoming a mother can bring. These are real challenges with little real solutions in the world as it exists now.

An idea like the Huffington Post seems laudable on the surface, but then questions are raised about the lack of diversity within their own choices.

The rallying cry for feminists is usually equality, which is everyone being given the same opportunity irrespective of gender, as well as other natural features they have no control over. So in that case, do those screaming discrimination against men have a point?

It’s important to be consistent with one’s beliefs, and what would raise eyebrows in one instance should do same if the situation were reversed. But it’s also accepted that when dealing with a historically oppressed minority, some leeway is appropriate. Women are a historically oppressed minority, so the cries of no men is less compelling to me. African American women, however, now that’s a twofer if there ever was a meaning for that word.

READ ALSO:  Children of Lawyer Joe Debrah Say They’ve Long DISOWNED Him for Abuse & Cruelty Towards Them and Yet He Continues to ‘’Abuse Process’ to Harass Them

It’s still not sure proof that this one picture is indicative of a diversity problem at the HuffPo.

@lheron @HuffingtonPost yes no black woman and transgenders. WHY????

I noticed the difference between your team of editors and mine #noblackvoices @lheron @HuffingtonPost pic.twitter.com/OmhBcuiGWo 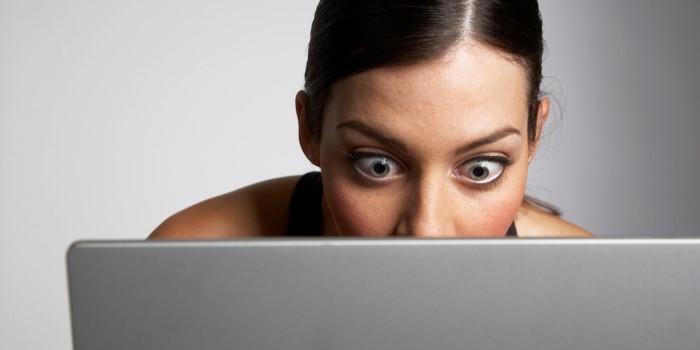