Home
Sports
Usain Bolt Continued the Partying in London Till 5:45am & Took Two Ladies to His Hotel—One Was Wearing A Red Bottom

How do these girls get the expensive red bottoms? A question many keep asking.

Anyway, Bolt is back to the party zone and this time, he got it going in London–right after his weekend party craze in Rio which ended him in the bed of a 20 year old student.

“Usain Bolt partied all night in a central London nightclub then took two women back to his hotel – just 48 hours after being seen with three different ladies on the same night in Rio,” reports MailOnline.

Bolt has been celebrating his big 30–and in London, he partied till 5:45am at trendy Soho nightclub Cirque le Soir in Central London.

Apparently, Usain Bolt arranged for two girls to follow him to his hotel room and one of the girls was wearing a red bottom.

There were four girls but reports say, only two were chosen to follow the champion sprinter to his hotel room. 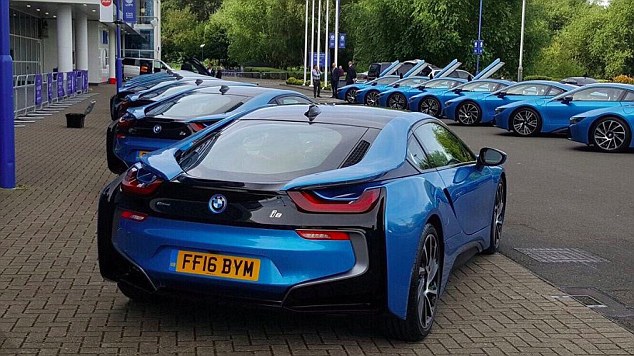