Home
Politics
Ghana, The Negligent Mother Who Kills Her Own Babies

If you are unfortunate enough to be born into the shithole called Ghana, and if you are even more unfortunate to have lived your whole life in the said shithole, you’ll agree on one thing. Nothing works. Our “systems” and institutions are just a shambolic front designed to grease the pockets of the greedy few who manage to get themselves into positions of power.

Our healthcare systems are so poor it is as if they’re designed to kill us. Our politicians know this, and as wise leaders of our land what do they do? Equip our health institutions with enough logistics and technology to save our lives when our lives need saving. LOL We wish!

They rather prefer to fly themselves out of the country anytime their health deteriorates to get the best healthcare other leaders have been wise and compassionate enough to provide for their own citizens. Instead of fixing the problem in their own home, they choose to run away from it. Because they can afford to run away. And because they really do not give a hoot about the people whose taxes make it possible for them to run away from the problems they are unwilling to solve.

And so we continue to die useless and preventable deaths. And proceed to organize elaborate funerals every weekend, because death has become a part of us. To the point where we now have “occupations” such as “professional mourners”, people who are paid to mourn as dramatically as possibly at funerals. Sounds like a joke, but that’s the reality in this here shithole.

READ ALSO:  I Am Ready To Commit Murder And Go To Jail - Kennedy Agyapong

Instead of doing all we can to save a life, we rather fold our hands and wait for our loved ones to die so that we can display our “grief” and most importantly our wealth at their funerals. We love the dead more than we love the living, so we do more for the dead than we do for the living. And there’s always something to kill a person in this shithole.

If you are unlucky enough to catch a disease, you’re better off finding some local herbs and curing yourself because our porous health system is likely to lead you on a quicker route to your grave. If you don’t fall sick and manage to remain healthy too, you just might end up dying as a result of someone’s carelessness. You might end up journeying on a bad road (which is almost every goddamn road in this country) and getting killed because an oncoming vehicle tried to dodge a humongous pothole and ended up running into your vehicle.

And even if you manage to somehow survive at the scene, you will end up getting killed at the hospital where you’re supposed to be saved over a stupid reason like lack of beds. Or maybe the nurse just wasn’t in a good enough mood to be bothered about you.

If you manage not to ever get involved in any road accident too, you might just decide to take a nice long walk in your filthy neighborhood, only for a gas station to choose that very moment to explode and turn you into a crisp, juicy carcass. Or you could just be in your house and end up drowning in your own room, probably suffocated by a stray polythene after a heavy downpour, because our drainage systems are a poor joke and our inherent indiscipline doesn’t help.

If you manage to survive all these, lucky you. But you might just decide to enjoy your favorite waakye by the gutter and end up shitting yourself to death because Hajia has no choice but to use water from a very questionable source to cook that palatable dish. I heard on the radio the last time that most of our supposedly potable water is actually riddled with insane amounts of fecal matter. Yes, we are eating our own shit, in essence. And why not, when we are undisciplined enough to defecate into water bodies and anywhere. Because there is an acute lack of toilet facilities in the shithole. The irony.

In short, everything is designed to kill you. You can never be too safe. We parade our flag around claiming to be proud Ghanaians. But the truth is that there is really nothing to be proud of. Nobody applauds a mother who sits by and watches her children perish while languishing in rich resources.

Yes, something must kill a man, but it shouldn’t be the very “mother” who is supposed to “nurture” and protect you. I will always maintain that being a Ghanaian living in Ghana is one of the most unfortunate things that can happen to anyone. 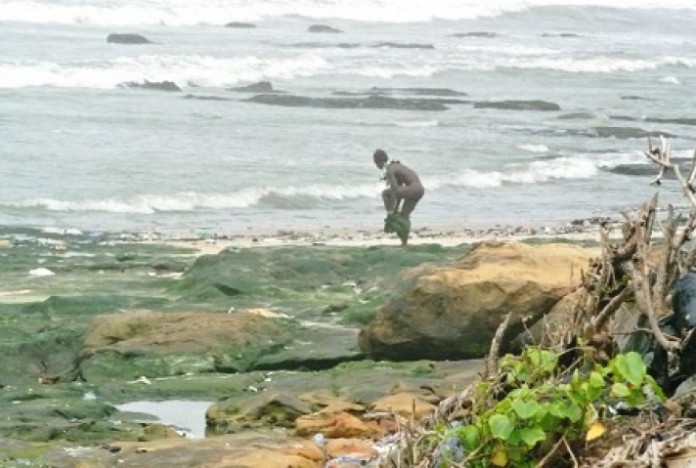