A case where a same sex couple filed a “breach of warranty” suit against a sp*rm bank made headlines earlier this month—and I’ve decided to look at the issues this case puts to the table.

The judge-Ronald Sutter who threw out the case agreed with Midwest Sperm Bank attorney’s argument that the case lacked merit. After reading several articles in relation to the case,  I wasn’t still sure if the couple’s main issue was race spurned; whether they wanted to cash in on the negligence of the sp*rm bank; or are genuinely in a state which I can describe as confused.

The white American woman Ms Cramblett who was accidentally inseminated with the sp*rm of a black man filed a suit of breach of warranty and wanted $50k. She argued the case on these 3 summarized points;

First that “they were ill equipped to raise a mix race kid”. Parenting itself is hard work no doubt. Parenting a mix race kid?? I am not sure how significantly different that is but here in England I do have a few black friends (one is actually wheel chair bound) raised by white families.

These foster parents proudly accompanied my friends everywhere, anytime. As far as I am aware no form of tutorials existed back in the 80’s yet that didn’t deter them from fostering black kids. These are parents who are not blood related to my friends yet took their roles very seriously. They genuinely loved and treated their adopted/fostered kids as if they were their biological children.

Now fast forward to this day and age where technology has brought everything so close to us. Google and YouTube are just a click away from answers. So why can’t they look into appropriately ‘equipping’ themselves to adapt to the situation they found themselves in?

Their second argument was that their community and family members were “unconsciously insensitive” to accepting a kid with a different race. Did someone just say the “R” word? Okay the least said on this the better. It’s the 21st century yes and Race is still skin deep I know!

Last and interesting point of all, wait for it…having to travel to black neighbourhood to get a decent haircut for the kid was also an argument. Cramblett didn’t feel particularly comfortable in that environment due to being obviously ‘different in appearance’ as it were. Is there an insecurity issue intertwined with race here? Or just the race thing being stretched further…

How hard is it to watch tutorials on styling black hair in this day and age? Ever wondered what mobile hairdressers did for a living?

Truth be told, I have no deeper understanding of how the whole sp*rm bank and insemination thing works but let’s face it, regardless of race, the colour of white or black sp*rm is the same – just like blood! Hence the switch was unlikely to be picked up during the actual insemination.

Don’t get me wrong I am in no way condoning the negligence of Midwest but just stating the obvious. Midwest did point out that they would have looked into the case if it had something to do with the health of the baby. But then again life happens and in this instance it wasn’t the end of the world so why didn’t they explore their options upon realizing the child is of a different color rather than file a suit?

Then again this suit was filed last October – 3 years after having the baby! It amazes me why one will wait for 3 years before filing the suit and not immediately upon noticing the race of the baby. Did it take 3 years to find out they were ill equipped to raise a bi-racial kid?

The family and community are able to accept the sexuality of the couple (lesbians) but are “unconsciously insensitive” to the race of the baby?

This is the 21 century for crying out loud! Race – yes we know the drill! Why not come out and just say it disgusts you knowing you carried inside you the sp*rm of a black man and 3 years on you are still struggling to come to terms with it. Makes more sense if you ask me!

Has it crossed the mind of the couple the effects their actions will have on this child when she finds out? How will she be able to cope knowing her mum who carried her for nine months isn’t happy with her race even though she is a healthy baby.

Will she be able to grow healthily in this emotionally toxic environment? How will this impact on Payton psychologically? Will she be better off being put for adoption so a family that is happy to accept her for who she is can have her? Should the social services step in before a possible child abuse scenario sets in? As if the bullying she will face having same sex parents alone is not enough.

Interestingly though the whites reacting to the article claim it is not about race but negligence whilst the blacks argued kids are blessings hence should be accepted regardless of race. Very different standpoints I must say.

Then again, Payton through no fault of hers gets caught up in the middle of it all. The very people meant to be her immediate mentors, confidants, guardian angels or better still meant to believe in her, love her and teach her to be strong can’t seem to know how to.

With the case having been dismissed, what happens next? Will they look into adapting as much as they can to raise a strong black woman or just focus more on their challenges leaving Payton to fend for herself?

Now what I can’t seem to comprehend though is what the $50k was meant for? To cover the haircut situation or pay family members and neighbours to become more consciously sensitive?

Was it to take care of parenting a mix race kid lessons/tutorials? Will it be fair to say that this is a complete approach to sanitize bigotry as suggested by one of the commenters I came across?

Ms. Benni Moi is a Business & Finance Analyst who has worked with Michelin, Kalyx and recently UK’s Marks & Spencer. Benni escapes through scriptwriting and travelling. She has a strong passion for writing and media related projects and even went on to pursue a course in film-making. Benni is currently working on a soon to launched TV Network – AYA TV. She is very passionate about anything natural in this presently fake world. She dreams of championing the rights of children, disabled and the underprivileged in the society. 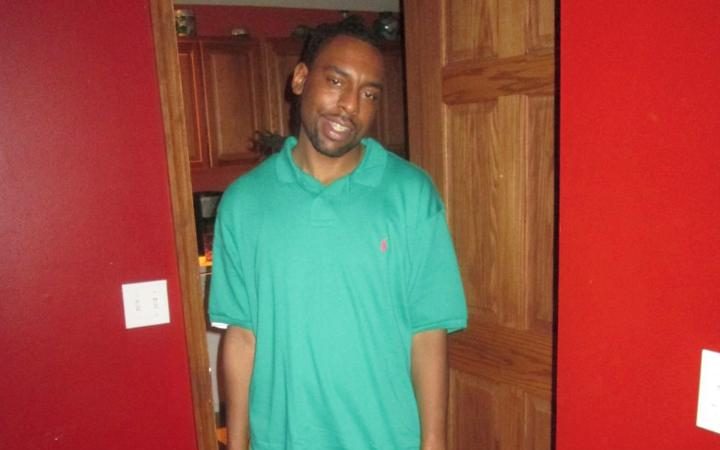