Ghanaians went to the polls on the 7th of December last year to elect a president and members of parliament. The contest, as usual, was mainly between the National Democratic Congress (NDC) and the New Patriotic Party (NPP) who are the main political parties in the country.

Parliament also saw a major change as NPP seats increased from 122 to 170 whiles the seats of NDC in the august house reduced from majority status to minority.

It can be observed that Ghanaians had indeed bought into the NPPs message of change rendering the gap between these leading political parties as the widest ever in the history of presidential elections in this country. At the end of voting, NPP won with 5,716,026 votes representing 53.85 per cent with NDCs John Mahama garnering 4,713,277 votes representing 44.40 per cent.

The painful aspect of the election was that the NDC did not suspect such an outcome. They held onto a rather spurious notion that they were going to win ‘hands down’ and ‘one touch’ taking into consideration the ‘massive’ infrastructural development that JM undertook during his term in office.

This excruciating defeat came to them unexpectedly and at a time they wished to win. After the declaration of the election results by the Electoral Commission’s boss, Madam Charlotte Osei, it was evident that the NDC party bigwigs and supporters were hit with great shock. Even in the President’s concession speech that evening, one could easily spot his gloomy countenance.

Obviously, being the only incumbent president going for his second term bid to lose an election ever in this country’s history is unprecedented and can be painful. However, I believe it comes with a lot of lessons for our friends in the NDC. As Rawlings indicated on the occasion of the 35th anniversary of the 31st December Revolution, the NDC’s loss in the election was a foregone conclusion. JM and the NDC engaged themselves in numerous scandals during their term in office yet they were oblivious that it will cost them the election hence paid no heed to any advice or warnings.

A lot of reasons can be attributed to their loss and since they have commissioned a 13-member committee to diagnose the humiliating defeat they suffered, I believe this piece comes in handy.

One mistake the NDC made was that they never listened to the general public opinion and always ignored the mood of the people they perceived anyone who criticized them as being NPP. This led to ignore any warning that glared.

The widespread corruption that had engulfed the activities of the government had reached its peak. Many Ghanaians expressed their disdain for it through the media waves and social media. Notable among these corruption scandals included SADA, GYEEDA, SUBA, ISOFOTON and RLG not to talk of Woyomegate Even JM himself wasn’t spared of these corrupt allegations. It had been discovered that he compromised himself by accepting a ford car as a gift from a Burkinabe contractor who was building a wall for the Ghana Embassy in Burkina Faso.

JM was also seen as a weak leader who lacked the spine to punish his appointees who had engaged in acts of financial impropriety or malfeasance. For example, the issue of JM moving Elvis Afriyie Ankrah as head of the sports ministry to the office of the presidency after the Brazil debacle in 2014, did not sit well with many Ghanaians. They thought that the minister will be fired but that was not to be. The seeming anger and disappointment that grew within the general population was telling but the government ignored as usual.

The whole country was plunged into a state of unstable electricity supply for almost four years. Dumsor had affected every Ghanaian in one way or the other. Students, businessmen, barbers, welders, patients and all manner of persons bore the brunt of this menace. It affected their businesses and activities for weeks, months and even years as it lingered on.

The government was finding it so difficult to salvage the problem but was never honest with Ghanaians about the real cause. The cause of dumsor had been attributed to too many mobile phones in the country to illegal connections being rampant and lack of rains at Akosombo. Upon all the assurances given by the president to fix it, there was still no end in sight. This caused anger and general loss of confidence in JM’s government to tackle this power problem that had bedevilled the country.

At a time when labour agitations for better conditions of service and increased salaries had soared in the country, President Mahama, who was in far away Botswana on a visit said he had grown tough as president and would not kowtow to pressure from any labour groups in Ghana. He asserted that he has become like a dead goat who did not fear a knife. NDC supporters will defend this statement and insist the president was misconstrued with these words but this is Ghana, where any comment from a top politician is taken in its raw form. We would remember Akufo Addo’s ‘all die be die’ comment as a classic example. When Ghanaians heard the dead goat comment by the president, all hell broke loose.

They did not take it lightly at all because they felt a president is supposed to be caring and concerned about the plight of the labour unions. The more they thought about the comments, the more untenable they found it especially as the president had earlier indicated in an interview that his favourite song is Lumba’s ‘yentie obiaa’. All this made a section of Ghanaians quite angry with him and his government and they could not wait to vote him out on election day.

Ghanaians never understood why two prisoners from the Guantanamo Bay sanctioned by the United States had to be brought to Ghana for detention. The deafening uproar that this matter generated cannot be overemphasized. No explanation nor reason offered by the government to most Ghanaians made sense and this made the president and his government very unpopular.

But as usual, they never bothered about the general public sentiments as they had guessed that the forgetful nature of Ghanaians will save them by the election period eleven clear months later.

The presidential pardon that was granted to the three supporters of the NDC who insulted and threatened the judges of the supreme court was a bad decision. The supreme court sentenced the trio to three months in custody for being guilty of contempt.

READ ALSO:  Comedian Says 8-Year Old Rising Ghanaian DJ Switch Will Become A Lesbian Unless She is Found A Boyfriend At Her Age--And Many Ghanaians Pathetically Agree

However, barely a week after they had begun to serve their term in prison, JM used his executive powers as president of the State to grant them pardon. After this incident, many Ghanaians saw JM as a man with no moral compunction and also thought his decision to release the accused as a blatant disregard for rule of law and the judiciary and a subtle way to encourage offensive talk and vituperation by party members.

This caused the NDC party some disaffection. I am sure if they had known it will affect their fortunes in the elections, they would not have released them.

The rate of unemployment was on a surge and the annual churning out of graduates into the job market was not making things easy for the government. The situation aggravated and government seemed helpless to the plight of the youth. This factor of joblessness contributed to the defeat of the NDC in the general elections as the youth felt they could turn their hope to the NPP for a solution.

JM was hardly consistent with most of his promises and assurances. He will promise to do something but when the time came for delivery, he will change his mouth and say something else. For example, during the dumsor era, all the time frames he had given to Ghanaians to expect the end of the power crisis never saw the light of day. He kept postponing and postponing. Also, concerning the teachers and nurses trainee’s allowance that his government scrapped, JM insisted he was not going to restore it even if it costed him in the elections yet he restored the allowances before election day.

When 2016 was about ending, he told Ghanaians that no government nor president in this country could put money in the citizens’ pockets therefore nobody should believe that to vote for a change in government but unsurprisingly, he promised Ghanaians later on that he will put money in their pockets if they vote for him in the elections. Most Ghanaians had realised way before the elections, that JM’s words were either mere campaign talk or palpable lies.

A lot of reasons can be attributed to NDC’s loss in the December elections and not all are exhausted in this article. It is good they have commissioned a 13-member committee to investigate what could have gone wrong with the ‘election winning machinery’ as executives of the NDC usually refer to their party and I am cocksure this write up will be useful.

It is refreshing to note that Ghanaians have become more and more discerning in the political and governance system in the country. The status quo is changing and the bar for determining good governance of the government of the day is being raised hence any government or president that decides to swim against the tides of general public angst by choosing to carry out decisions that are not supported by majority of the citizenry will be doing so at their own peril. The NDC has been a victim of this and we can only hope the new government will not repeat the mistakes of its predecessor. God bless our homeland Ghana. 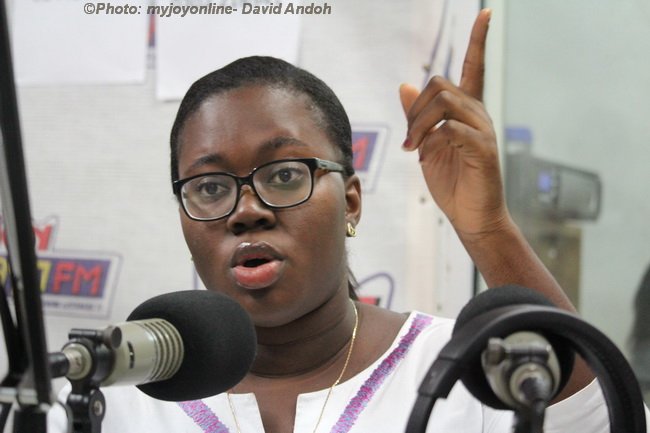 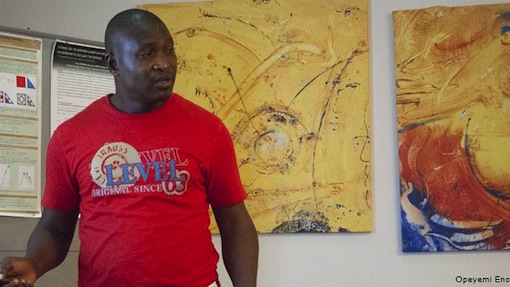