The existence of God or the non-existence of God has been a great subject of debate in metaphysics—and it continues to be of interest to many deep thinkers of our time. Proving that God exists or does not exist with any of the historical texts is impossible, because, the existence of such a supreme being transcends the beginning of man…

But when it comes to Jesus Christ, considering some of the historical texts which were written around the time he is said to have lived could be of great help if you want to ascertain whether such a person indeed came into this world as claimed by the Bible or not.

There is this sort of rough consensus among some Biblical scholars that even though the miracles and the many claims attributed to Jesus Christ seem to have been fabricated, it is highly probable a Rabbi went around teaching at the said time—and later, his status was elevated by Christianity to fit that of a son of God.

According to a research which looked at about 126 texts written at the time Jesus Christ was said to have lived, Jesus never existed.

For those who know more than just the Jesus story, it will not be out of place to argue that the story of Jesus bears a close resemblance to numerous other mythological stories of ancient gods who were born of virgin mothers and performed miracles.

Before Jesus Christ, numerous mythological stories existed of certain gods who were born of virgin mothers and were also said to have performed several miracles. It is therefore not shocking that the Jesus Christ story follows this usual line.

Reasonably, if a person is born of a Virgin and grew to perform miracles as the Bible claims Jesus Christ did, you would expect that the many writers or historians who existed/lived at the time would somehow document this or write it down.

READ ALSO:  Church of Botswana's Miracle Prophet Who Once Walked on Air Shut Down

Undoubtedly, at the time Jesus Christ is said to have lived, there were numerous writers/historians who should have heard of this powerful man—and if nothing at all, give him a line or mention in their writings but according to researcher- Michael Paulkovich, this did not happen.

In a new article titled “The Fable of the Christ,” Michael Paulkovich summarizes his findings by saying, Jesus never actually existed, but he is a fictional character put in place by those who founded a religion in his name so that the followers will find the religion worthy of membership.

Let’s consider things this way; if after 2000 years (when we are dead and gone), our ancestors are told of a disease called Ebola that killed people in West Africa the year 2014—and they decide to look at the archives, they will definitely find many reports on this disease by some of today’s journalists and media houses.

Though at the time of Jesus Christ, there were no huge media houses like we have today, there were still intelligent and well connected writers who heard things and wrote things of importance down. The miracles Jesus performed should not have escaped these people—and his virgin birth or resurrection shouldn’t have either. But Michael Paulkovich’s research dedicated to looking at over 126 texts written during or shortly after the time of Jesus found no mention of Christ or any of his works.

Michael Paulkovich points out that, “despite the remarkable feats Jesus is alleged to have performed and the great deal of political unrest caused by his arrival in Jerusalem, not a single writer from the time and place of Jesus’s life finds that Jesus so much as rates a footnote”—making him conclude that, Jesus did not really exist.

Interestingly, only one of the 126 texts Paulkovich combed through contains any mention of Jesus — and even that, he says, that is a forgery. That text is the first-century history book–The Jewish Wars by the Roman historian-Josephus Flavius, who wrote his work in the year 95 CE.

Despite Josephus Flavius home being just one mile from Jesus’s supposed hometown of Nazareth, Josephus appears totally unaware of Jesus, his virgin birth and the many miracles. How Jesus who later went to Jerusalem where he became such a political threat that the Romans found it necessary to execute him by crucifixion could escape Josephus is what strengthens Paulkovick’s believe that, Jesus actually did not exist.

Cringing to the above, Paulkovich argues that the few mentioning of Jesus in The Jewish Wars were obviously added by later editors, not by Josephus himself.

In a recent interview, Paulkovich said, “Emperor Titus, Cassius Dio, Maximus, Moeragenes, Lucian, Soterichus Oasites, Euphrates, Marcus Aurelius, or Damis of Hierapolis. It seems none of these writers from first to third century ever heard of Jesus, global miracles and alleged worldwide fame be damned”.

For those who do not know, The Dead Sea Scrolls, also known as the Qumran texts contain no mention of Jesus. And even in the New Testament, Apostle Paul, who is credited with spreading the new religion that came to be called “Christianity” shortly after the supposed death of Jesus, never says that Jesus was a real person.

“[Apostle] Paul is unaware of the virgin mother, and ignorant of Jesus’ nativity, parentage, life events, ministry, miracles, apostles, betrayal, trial and harrowing passion,…Paul knows neither where nor when Jesus lived, and considers the crucifixion metaphorical” says Paulkovich.

We must note that, though Christianity has today become extremely popular with about 2.2 billion people calling themselves Christians, as late as the 4th century, Christianity was a small cult, widely persecuted.

What do you think? 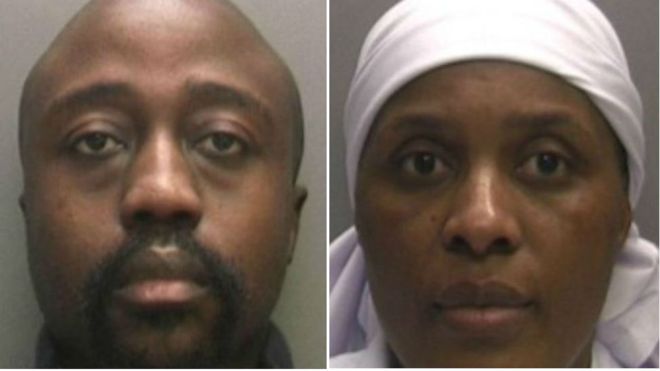 I’m sorry for you but Jesus have truly existed the greatest historian in this world will never denie it,the only thing people are fighting about is his divinity,historicaly Jesus have truly existed and this have nothing to do with the bible,becarful with this kind of article every year you will find thousand of them there is nothing scientific behind it,it’s just meant for buzz,you will be really ridiculeous to go and affirm such lies in front of historians even if they don’t believe in God,Jesus have really been in this world and the question is do you believe he is the son of God? that the debat about Jesus,historically you have a lot of proves,traces of Jesus on this earth,and this have nothing to do with the bible but history ok.You people are too happy when you hear that kind of stupid thing,you don’t think or seach anymore,you’re ready to believe anything just because you refuse to depart from your sins.Beware of your hunger to prove God is not real just because you want to leave your life the way you want without limits,you may end up facing the devil himself,and i’m talking to you Chris.Wether you like it or not this world is not only flesh,the spiritual world is real and God is also real,wether you like it or not.You thinking there is no God or Jesus is a fake will never make God come down from his throne in paradise.Your opinion about him is your bisness it’s not important for God or for anybody else;this what you atheist should remenber your opinion about God is not affecting him at all.It will only be a problem for you when you die and face God,if there is no God ok fine for you,but if there is a God oh man you’re finished.So stop your noise and just admit you can’t stand God or Jesus because they recalls how much your wrong in your life,but sorry for you my dear Jesus have really existed historically,same thing for Mary,Noé and so on and so for.So if you like repent know before it’s too late.

I will want to discuss things based on evidence and not what you think will happen when I did or you die. You’ve no evidence of that and neither have you died and come back so what is the basis of this wild speculation?

Also, the article looked at the historical texts that were considered, if you think other historians say otherwise—share your evidence with us or their works. The rumbling and plenty talk do not make any sense to us; just provide your evidence or source because that is what we are looking for.

I can say Unicorns have also existed—if I am allowed to make such statements like you do without any evidence or requirement of proof.

You keep saying Jesus has existed and you expect us to accept it because you are saying it? The researcher did not wake up to say Jesus did not exist, he did some real work and combed through over 126 texts written during or around the time Jesus is said to have lived and came to that conclusion—that is what sparks intellectual discourse.

So what is the basis of your statement?

No man called Jesus existed. However the story is a myth. Jesus is infact the mythical sun. The letter J never existed until its introduction during the Protestant reformation which took place in the 1600s by King James. In truth the name JESUS is only 414years old. The whole bible has a hidden meaning and shouldn’t be taken literally.